There is new innovation for providing food for diabetics and those conscious of their health as NTUC Foodfare has launched a new line of affordable ready-to-eat meals, called Chef's Finest Low-GI, that are suitable for people with diabetes.
The lower-glycaemic index

Can you prevent diabetes with intermittent fasting?

Yes! Intermittent fasting can improve insulin sensitivity, pancreatic response to blood sugars, and even prevent prediabetes from turning into diabetes.
Every person is a unique individual with different metabolism, so there is not just one treatment for type 2 diabetes. Intermittent fasting has been around for a long time and has shown over many studies to have a number of benefits, especially in preventing diabetes.
In the most current study results, which included eight men with prediabetes, it was found that those who followed early time-restricted feeding — where all calories for the day are consumed by mid-afternoon and within eight hours or less — had improvements in insulin sensitivity and pancreatic response to elevated blood glucose, compared with those who ate meals over a 12-hour period, even when eating the same number of calories. The findings also revealed an association between the shorter, earlier eating pattern and a significant reduction in blood pressure, oxidative stress, and evening appetite levels.
For this study at the Pennington Biomedical Research Center, the results showed that eating all of one’s meals by mid-afternoon and fasting the rest of the day improves blood sugar control, blood pressure and oxidative stress, even when people don’t change what they eat.
“This is the first study in humans that shows consuming all of your calories in a six-hour period provides metabolic advantages compared to eating the exact same amount over 12 hours or more, even if you don’t lose weight,” said Dr. Eric Ravussin, associate executive director of Pennington Biomedical, director of the Nutrition Obesity Research Center, and one of the study’s co-authors.
The data also indicate that our feeding regimen has to be synchronized with the body’s circadian rhythm and biological clock.
Dr. Courtney Peterson, an adjunct assistant professor at Pennington Biomedical and an assistant professor at the University of Alabama at Birmingham, was the primary investigator on the study.
The research is important because it shows for the first time in humans that the benefits of intermittent fasting are not solely due to eating less. Practicing intermittent fasting has intrinsic benefits regardless of what you eat. Also, the study shows that eating early in the day may be a particularly beneficial form of intermittent fasting.
Peterson hopes that the research will also raise awareness of the role of the body’s internal biological clock — called the circadian system — in health.
We know that eating at night is bad for your metabolism. Our bodies are optimized to do certain things at certain times of the day and eating in sync with our circadian rhythms seems to improve our health in multiple ways. For instance, our body’s ability to keep our blood sugar under control is better in the morning than it is in the afternoon and the evening, so it makes sense to eat most of our food in the morning and early afternoon.
Previous studies showed intermittent fasting improves metabolism and health. However, researchers didn’t know whether these effects are simply because people ate less and lost weight.
They decided to conduct the first highly controlled study to determine whether the benefits of intermittent fasting are solely due to eating less. The study was also the first to test a form of intermittent fasting called early time-restricted feeding, or eTRF in humans. Early time-restricted feeding involves combining time-restricted feeding — a type of intermittent fasting where people eat in an 8-hour or shorter period each day — with eating early in the day to be in alignment with the body’s circadian rhythms in metabolism. It is tantamount to eating dinner in the mid-afternoon and then fasting for the rest of the day.
In the study, eight men with prediabetes tried following eTRF and eating at typical American meal times for five weeks each. On the eTRF schedule, the men each started breakfast between 6:30-8:30 am each morning, finished eating six hours later, and then fasted for the rest of the day — about 18 hours. Everyone finished dinner no later than 3 p.m. By contrast, on the typical American schedule, they ate their meals spread across a 12-hour period. The men ate the same foods on each schedule, and the researchers carefully monitored the men to make sure that they ate at the correct times and only ate the food that the researchers gave them.
The researchers found that eTRF improved insulin sensitivity, which reflects how quickly cells can take up blood sugar, and it also improved their pancreases’ ability to respond to rising blood sugar levels. The researchers also found that eTRF dramatically lowered the men’s blood pressure, as well as their oxidative stress levels and their appetite levels in the evening.
These findings could lead to better ways to help prevent type 2 diabetes and hypertension.
- diabetesincontrol.com
- June 18, 2018 No comments:

Eating calorie-rich foods will help with weight gain.
For diabetes patient that is lean to gain a healthy weight he/she should choose nutrient-rich foods instead of sugary and fatty foods to avoid damaging health.
The following are higher-calorie foods that are also rich in nutrients :
The above foods hould accompany nutrient-dense carbohydrates such as beans, quinoa brown rice, and granola.
Another type of foods that can help people and diabetics to gain weight are healthful fats which are calorie-rich. These foods can also offer health benefits such as control of blood sugar and cholesterol levels.
Heart-healthy fats include:
- June 17, 2018 No comments:

Healthy weight and exercise can reduce risk of type 2 diabetes

While obesity and type 2 diabetes are twins, research shows that eating a healthy diet and getting regular exercise can greatly help reduce the risk of gaining weight and even put type 2 diabetes into remission.
According to Professor Schulze: "Our findings highlight the importance of preventing the development of metabolic diseases. They suggest that even individuals in good metabolic health may benefit from early behavioural management to improve their diet and increased physical activity in order to guard against progression to poor metabolic health."In addition Benedict Jephcote, Editor of Diabetes.co.uk, said: "The take-home message from this study is that those who are at a healthy weight, and metabolically healthy too, are in the best position to avoid heart disease. This can be achieved by eat real, unprocessed foods and prioritising non-starchy vegetables over starchy foods."In 2015, we launched our Low Carb Program which helps people to choose a way of eating that can help people achieve better metabolic health. The program has allowed people to achieve great success and many people have found it to be so successful that they no longer need some of their diabetes medication."
- June 15, 2018 No comments:

The latest tally of Americans adults affected by diabetes finds more than 23 million struggle with the blood sugardisease.
Of those, the vast majority -- 21 million cases -- are caused by type 2 diabetes, which is often linked to overweight or obesity, according to the report from the U.S. Centers for Disease Control and Prevention.

Another 1.3 million cases are attributed to type 1 diabetes, an autoimmune disorder where the body fails to produce enough of the blood sugar hormone insulin.
The number of diabetes patients is now "nearly 10 percent of the entire [adult] population," noted Dr. Robert Courgi, a diabetes specialist at Northwell Health's Southside Hospital in Bay Shore, N.Y.
"As expected, the overwhelming majority is type 2 diabetes -- usually caused by obesity and treated with pills," added Courgi, who was not involved with the new report.
On the other hand, "type 1 diabetes results in a destruction of the pancreas, is difficult to diagnose and must be treated with insulin," Courgi said. "Type 1 must be recognized quickly and treated appropriately."
- March 31, 2018 No comments: 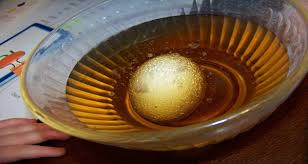 Every time you eat, your blood sugar levels go up. This is especially true for individuals who have type 2 diabetes or insulin resistance.

Having to learn how to control your blood sugar levels within a healthy range is by no means an easy task. It can take months for a newly diagnosed patient to learn what to eat and what to avoid.

And during this period of time, someone with type 2 diabetes is likely to experience high blood sugar levels, which is detrimental to their overall health.

Too much sugar in the blood for long periods of time can increase your risk of heart disease and stroke, kidney disease, vision problems, and nerve problems. (1)

How To Control Blood Sugar Levels

For people with insulin resistance, their blood sugar levels remain high long after having finished their meal.

Fortunately, there are many foods you can eat that can help you control blood sugar levels naturally. As you’ll learn eventually, relying on expensive diabetes drugs in the long-run can have negative side effects on your body.

Below is a powerful remedy that combines three simple ingredients to prevent your blood sugar levels from going rampant.

For this recipe all you will need is apple cider vinegar, water, and a boiled egg.

Boil an egg in the afternoon, and peel it. Pierce the egg a 2-3 times using a toothpick. Put the egg in a mason jar and pour just enough vinegar over it so that it is completely covered. Close the jar and let it soak overnight in your refrigerator.

The next morning, drink a glass of warm water and eat your egg.

Repeat this every day, and you will soon notice an improvement in your blood sugar levels.

A few hard-boiled eggs can be a handy high-protein snack or breakfast if you have diabetes. The protein will help keep you full without affecting your blood sugar. Protein not only slows digestion, it also slows glucose absorption, which is very helpful to diabetics. (3)

Apple cider vinegar makes you more sensitive to insulin and reduces blood sugar spikes, particularly after eating starchy food. The findings of one study showed positive results for people with type 2 diabetes when taken before a glucose-heavy meal. (4)

Your health is in your own hands. A hard-boiled egg and apple cider vinegar are relatively cheap to purchase compared to common diabetes drugs. Plus, they’re much better for you in the long run.

There is new innovation for providing food for diabetics and those conscious of their health as NTUC Foodfare has launched a new line of af...